EVCO has always held the view that the electrification of transport would likely happen much faster than most people probably realise. After-all, plug-in sales seem to be on an exponential growth curve, increasing rapidly at an ever-faster rate. In 2017 Mike, an EVCO board member and the author of this post, used publicly available new motor vehicle registration data from Statistics Canada to create a graph using a standard adoption curve function to see what sort of curve the function might produce and whether it could be of any predictive value. Since 2017 the originally-produced curve was essentially left unchanged with new data being added along side it to see how well the predicted curve aligns with real world data. Below are the results up until the third quarter of 2022: 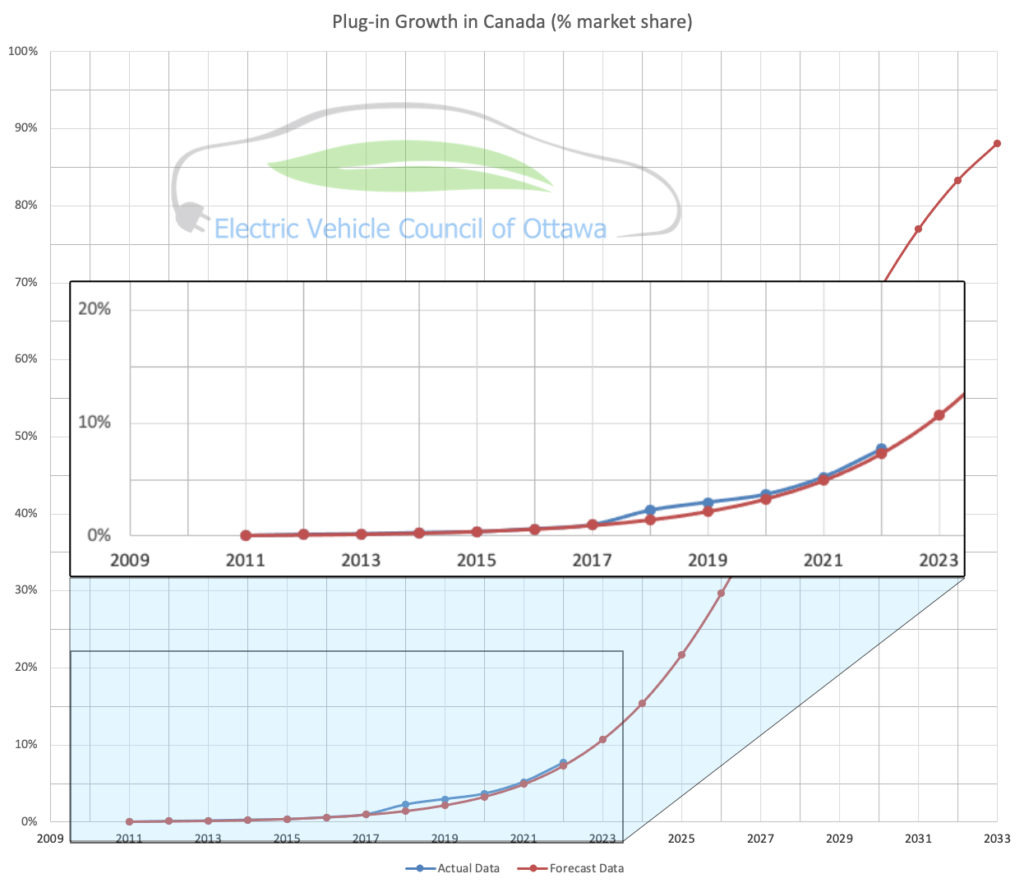 Unexpectedly the original curve has tended towards being slightly pessimistic when compared to real-world new vehicle registration data (a proxy for new car sales) which have outperformed the model in the years since 2017. The years 2018 and 2019 in particularly were unexpectedly strong however the global pandemic in 2020 brought registrations back to levels more in line with model predictions. Statistics Canada recently released official Q3 2022 data (below) which continues to confirm that plug-in sales are tracking well with the standard adoption curve model and continue to validate its predictive potential. 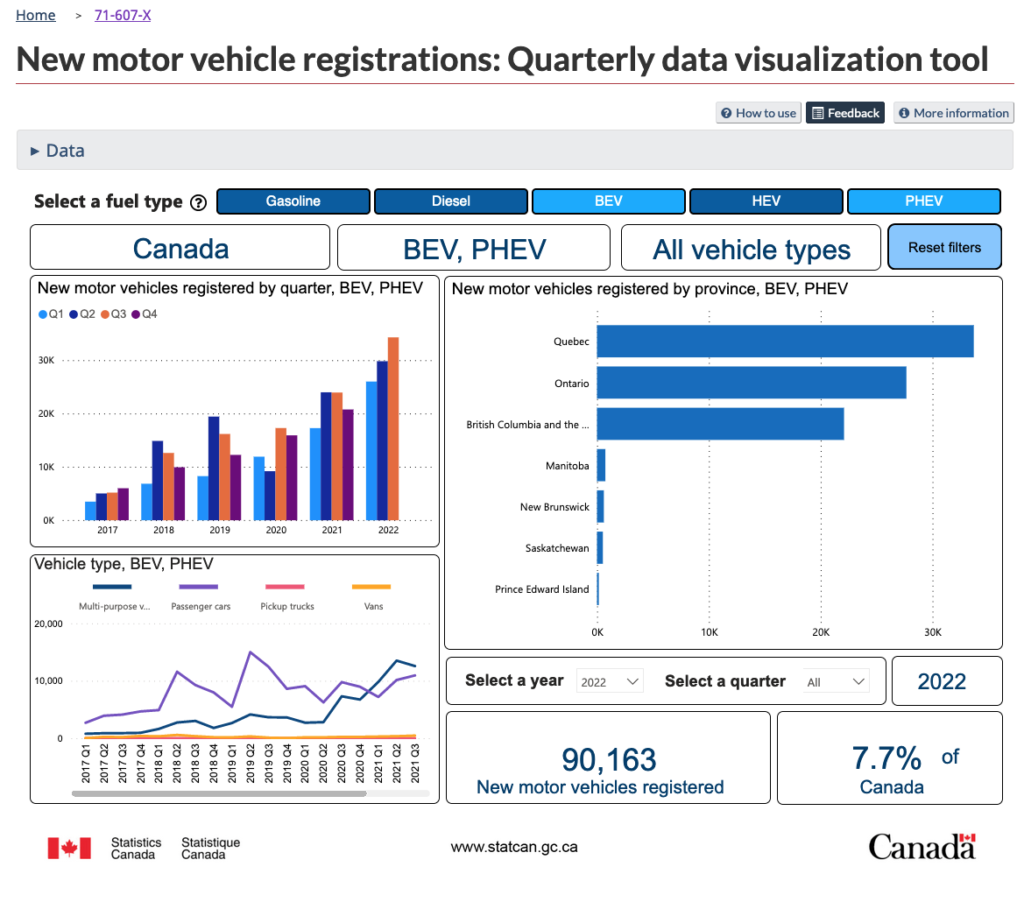 As of the third quarter 2022, plug-in market share has reached an average of 7.7% of all new vehicles nation wide for the year to date. This tracks extremely well with the model which predicted an annual national market share of 7.32% for 2022. Historically the fourth quarter of the year is slightly lower than the third quarter but should serve to strengthen the annual average rather than negatively impact it. Looking ahead we expect the final year market share to remain around the 7.7% mark.

For 2023 the model predicts a plug-in market share of 10.73% meaning that one in ten cars sold nationally this year will be a plug-in. Given how adoption curves typically work, we expect to see the most rapid growth in the market happen over the next five years where by 2028 half (49.26%) of all new cars sold in Canada will have a plug. According to the model market saturation will occur around 2035 where effectively all (93.97%) new cars sold in Canada will be battery electric or plug-in hybrid.

This model assumes the status quo is maintained however. Policies like the recently announced federal EV mandate should serve to accelerate plug-in adoption further, increasing the supply of vehicles that are already in high demand. Given that some EVs currently have years-long waiting lists more supply will only help increase plug-in market share in the nearer term. We are still several years away from seeing new EVs sitting on lots waiting to be sold as current fossil cars are today. Once that happens however – likely in the second half of this decade – the end of the fossil car will truly be upon us.